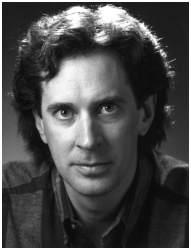 The story is based on a work of theatrical fiction he developed 4 years ago, entitled "Dreamless", for which he has also composed 30 minutes of unique futuristic music.  In Xianu Override, he sets this story in two galaxies and adds fascinating alien races to expand several themes.  Tobin's ability as a playwright to draw lively characters helps make the Xianu Override missions unique in their wit and clarity.  In fact, the New Look plug included in the downloads expands the size of the mission text box to afford some writing that rivals the best cyberpunk novellas.

Tobin is a composer, lyricist, playwright, author, director and producer. He has written the music & lyrics to four musicals which have appeared on New York City stages (“Freedom’s First Light”, “Frankenspell Superstar” and “Creature”). Tobin has also written 2 dramas, several books, a symphony and a ballet.  His libertarian philosophical writings, which have appeared in journals in Europe and the United States, have been collected in a well-reviewed treatise, The New Age Politics.

Several of his books and recordings are available from Amazon.com and Center Stage Productions.

Tobin is a member of the Dramatists Guild, has served as past president of the Wisconsin Theatre Association Children’s Theatre Division and was a Wisconsin Arts Board Artist from 1989-93.  As the founding director of the internationally recognized CenterStage Children's Theatre Troupe, he was inducted into the United Nations’ 1994 Global 500 Roll of Honor for his work with children and the environment worldwide. His theatre troupe has also been awarded the 1994 Wisconsin Association of Environmental Educators’ “Earthguard Award” and the 1993 Midwest Renewable Energy Association’s “Environmental Excellence Award”. His youth musical “To Save the Planet” has been performed over 300 times in seven countries.

Tobin is in the process of founding an experimental online arts community, ARTSFORGE.COM.  In fact, it is his contacts with award-winning artists James Neff, Eric Wenger, Eric Green and others that led to him organizing the Xianu Override project.  Among his growing list of projects, Tobin is also the driving force behind the progressive rock band SILENT SUN and a 1998 jazz recording of his CREATURE compositions,"What Survives?".

Other project members include:  Jim Powell designed all the new ships and laid in the others (from Caernarvon Station, Adam's Ships, and EEUN's Shipyard).  Matt Hainley designed the new Expanded Text Window plug and rendered most of the new planets.  The intense artistry of James Neff inspired several new missions and story line detours; his terrains bring to life Xianu Override in a way no EV game has ever lived before.  (Check out his gallery!)  Chris Passovoy, our very own "Star Rider", rendered the beautiful atmospheric terrains of Xianu's original gas giants.  Original sounds and terrain backgrounds were designed by Damon Harper And the original outfits will be rendered by Giodude (Giovanni Tolson).

Special thanks goes to Jason Rand Harper
for his immense help in debugging the sprawling graphics IDs and complex missions.  And to Ben Chess, creator of EV Edit, who made several updates of his wonderful editing program to accommodate the complex nature of the Xianu project.

Lastly, this website would not be possible without the programming and artistic skill of Ron Schumacher who, together with Tobin, put together these web pages. He also designed the animated logo that has become the revolving Xianu Space Station.  Check out his website construction pages at Foreshadow.com.  Ron is co-founding ARTSFORGE with Tobin.

Special acknowledgments go to two of Tobin's sons, Will and Woody Mueller, who tested each mission (more than once) as it came out of the EV Edit forge.